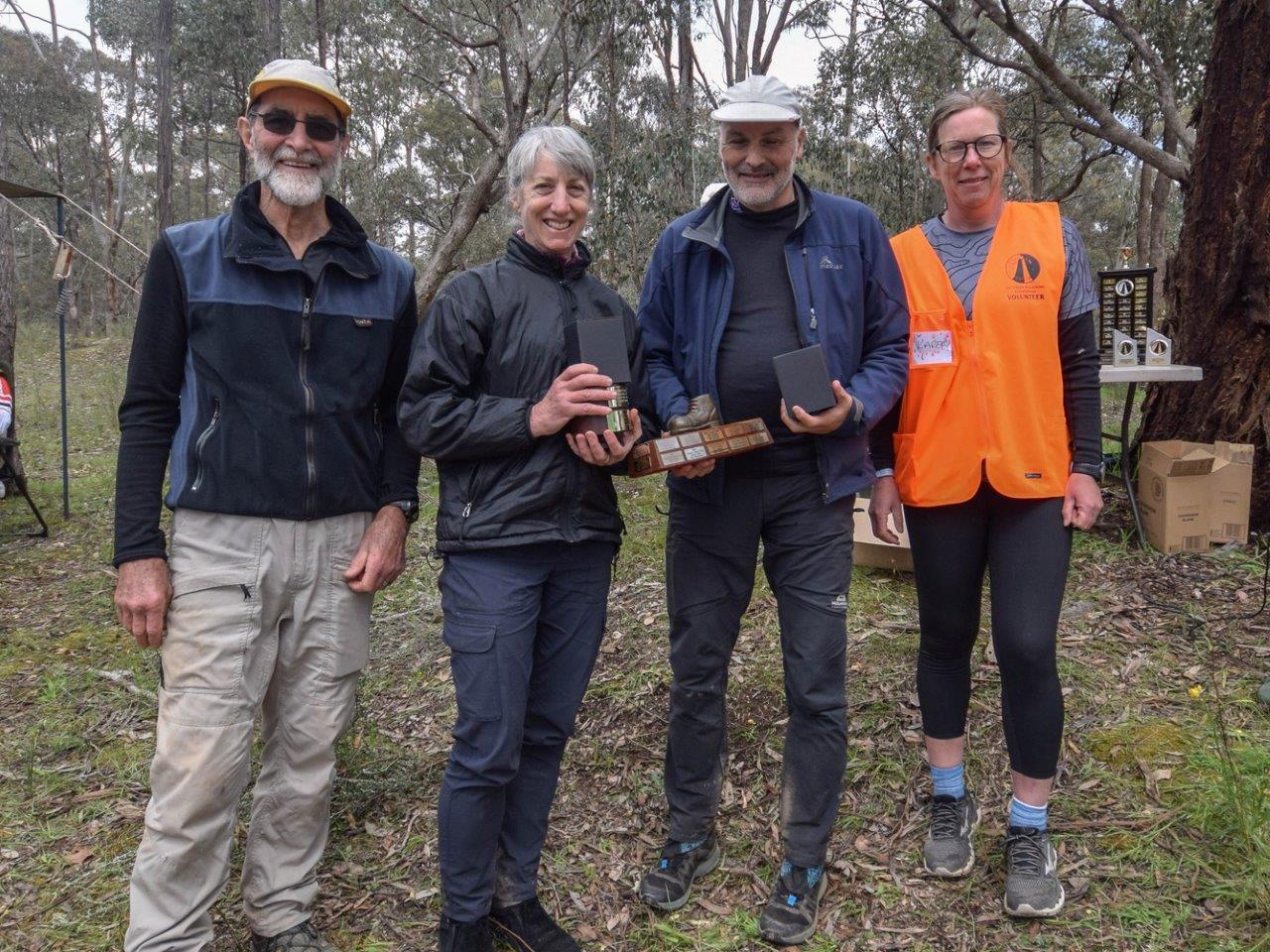 Oh boy, what an area. We went into it pretty confident in our ability to handle it given we just came back from Worlds in the mountains of the Czech Republic. But the Victorian Pyrenees were a whole new world of challenge. The climbs were steep and relentless and it simply wasn’t possible to plan a course that avoided them. Probably in hindsight, we should have gone to the northwest flatter area first and cleaned up there before facing the bigger climbs but we thought we’d save it to the end and see how much time we had left given the points/km was considerably lower. But we just exhausted ourselves in the first few hours in the centre and east side of the map. We realised we were going to need some major revisions of our plan and we got to work cutting big chunks of our planned route and then also cutting any checkpoint that involved a really big climb. As it went dark our strategy was to move slowly and stay on tracks as much as possible – taking long track routes to any checkpoint that had only a moderate amount and steepne

ss of climbing. That meant ditching a bunch of the high points-value checkpoints. At that stage we didn’t really care much about the points and were just trying to hang in as long as possible before we were forced to quit, exhausted.

So we kept plodding slowly through the night. Navigation was okay apart from the two occasions we took a parallel spur, but realised our mistakes quickly. The rogaine became more of a social activity than a championship event as we ran into lots of people we knew and had mini-catch ups all over the area. We also enjoyed the moonlight, the wildflowers and lots of lovely bush. Our last checkpoint in the dark was 68. We only went there because we decided we might as well pay a visit to the ANC before it closed. Up the hill we went in search of a shallow gulley. All we found was sloping land with thick vegetation. It was difficult to see shapes in the dark and difficult to search a large area with such limited visibility. We did however find Karen Pedley and Chris Brown also searching, having come in from the other direction. We hunted around together for a while, testing a few theories to no avail. Just as we were all ready to quit and the glow of sunrise was very definite on the horizon, Jon spotted the orange and white coreflute. Thank goodness.

All the time we were hunting the big concern was whether the ANC would still be open. And it was, thanks to the super volunteers, Paula and Steve Horton. They had no intention of closing until the bitter end. It was broad daylight by the time we got there but the fire was still going. The Hortons and Tasmanian volunteer, Donelda Niles, were lively and could not be more helpful. A cup of tea was all I needed but Jon was very happy to see the other goodies there.  Sunrise on the ridgeline on the way from 68 to the ANC was an event highlight. Rogaining is very special for that – you see the sun rise from some wonderfully unconventional locations.

Lessons learned: we are not getting younger or fitter and we need to adjust our course planning accordingly; we do better when we are enjoying ourselves than when we are trying to do well; always expect and mentally prepare for some tough terrain; and rogainers are the best!