The 2017 Australian Championship Rogaine was held in early May at Chakola, near Bredbo, south of Canberra. I left the comforts of beautiful Hobart on the Friday afternoon and flew to my hometown of Sydney. After some typical Jetstar delays, my rogaining buddy Ciara picked me up from Sydney Domestic airport, beginning the 4-hour drive towards Cooma, NSW… and to think I had forgotten about Sydney traffic! 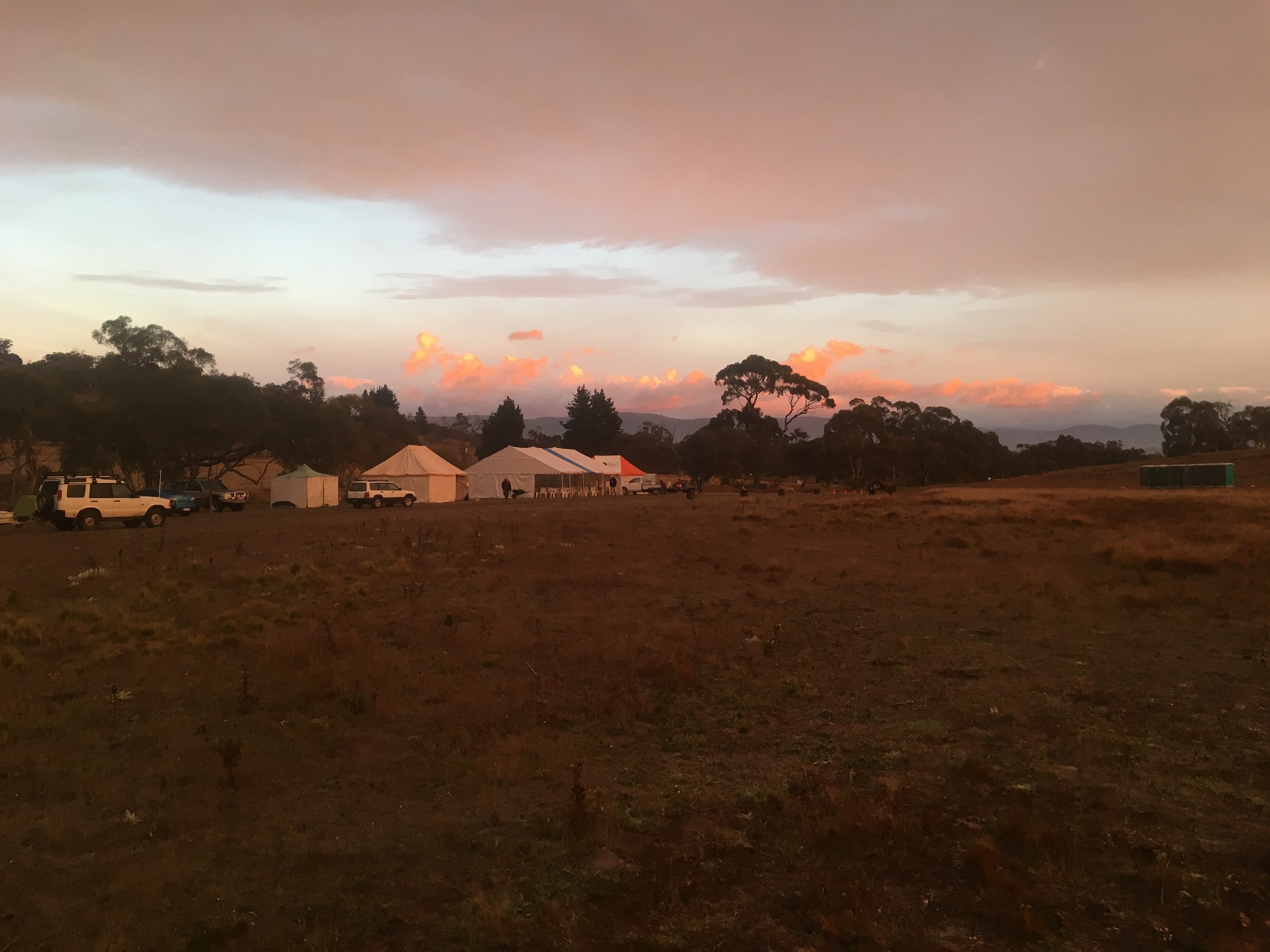 Arriving around 10pm, we were one of the last groups to set up camp and get into bed. In the morning however, the whole camping area was awash with Canberrians driving down for a quick and easy weekend trip. We woke early for a ritualistic, frozen morning of coffee, breakfast and preparing maps, food and ourselves for the journey ahead!

The course was set between 750 m to 1,050 m, up in the Southern Highlands, near Kosciusko. The map description of ‘classic spur-gully terrain’ was highly accurate, with several wide-ranging and complex drainage basins. The course was 68 controls spaced over 140km2 of farmland and primarily dry open sclerophyll. It was a pleasure to race over such perfect rogaining country. As at last year’s World Championships, the map was printed on Teslin ‘synthetic paper’, which is waterproof and robust. Great to see rogaining technological innovation is on the rise!

There were 322 competitors in total (140 teams) and Tasmania was represented by a small contingent of experienced rogainers, with our President Gary Carroll and Ken McLean placing 3rd in the Men’s Veteran, and Christine Brown and Dale Lancaster winning the Women’s Super-Vets. The event was won by ACT’s David Baldwin and Julie Quinn, mixed veterans with substantial experience winning 24 hour events, scoring 10% more than second place. This ability to move so efficiently through rough terrain with spot-on navigation is an inspiration for us all.

Unfortunately, Tasmania had no University team to represent us in the Intervarsity championships, which was won by my Canberra friends and rivals, Max Messenger and Fergus Macleod. They have since won sponsorship to go adventure racing in China!

Personally, our shot for glory was lost at 2am, when a knee issue forced us to pull out. Luckily we were near the safety of the All-night café with food and fire and we gratefully accepted a comfortable 4wd trip back to basecamp. One learns something new and exciting at every event. Although we didn’t place competitively in this event, this disappointment was eased somewhat by witnessing the results of rare koala behavior. The koalas in the Chakola region are known to eat bark, a phenomenon only known in this area. We were lucky enough to stumble upon some of the distinctive square gashes on the trunks!

I have definitely learned a few tricks from the 2017 Australian Championship course that will come out in the setting of the 2017 Tasmanian State Championships ‘Run Rheban Run’. Set near Orford on December 2-3 this year, it’s going to be a good one!